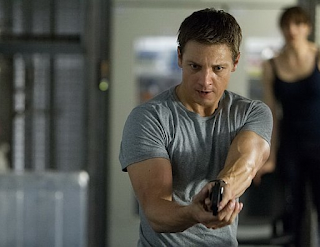 I'm not going to waste my or your time with a full-blown review on the latest instalment to the 'amnesiac spy' franchise, so I'll start off by saying that it has been by far the most disappointing film this year.
Other than being a redundant addition - think Terminator 3 - the entire plot is so hammy that abundant sighs were echoing through the screening.
Jeremy Renner plays Aaron Cross, one of the agents who make up the iceberg that Bourne was supposedly just the tip of. Like Bourne, Cross is also the best and most adept agent at killing generic agency suits and also adapting to his surroundings - no matter where. So far so average, and if you thought that a high-octane spy thriller was to follow you will be sorely mistaken. What the idiotic producers or writers in Hollywood decided to do was add a focal thread about a new super drug which the agents are taking regularly, enabling overall supremacy - quicker healing, faster running, higher jumping etc. The new breed will be government-engineered super-agents, or if you like, X-Men. However, if the drug is not taken correctly and with the add-ons that come with it, then they will have a breakdown and die. In order for the plot to move forward we see Aaron Cross survive an Agency cull in the snowy mountains and go into hiding. In order for him to avoid the inevitable ga-ga state as a result of not taking his meds, he heads home to find the doctor (Rachael Weisz in neurotic MILF mode) who issued his pills and protect her from the same nefarious CIA morons who are closing the book on the whole sordid 'super-agent' affair. It's as stupid and hammy as it sounds.
The only saving grace here is the fact that Jeremy Renner is pretty damn cool, and is just about convincing enough as a Bourne-like hero with a cheeky streak. Even Edward Norton seems contrived and irritating as the agency guy brought in to handle these off-the-record espionage cock-ups. Other than that the whole thing is a pointless exercise, and a real shame that Tony Gilroy (screenwriter for the previous outings and on Director's duty here) couldn't muster the same excitement or adrenalin that Liman and Greengrass offered. With the likes of Tinker Tailor and Shadow Dancer changing the stakes of modern spy thrillers, it shows that you don't need all the gung-ho effects and sped-up combat sequences to make a decent thriller. You just need a good script, and even more so, a decent story line. This has neither. I won't even touch on the non-ending - the worst of the whole genre, and certainly the crappiest I have seen in the cinema for a long, long time. If you are looking for mindless entertainment (something the Bourne franchise has completely avoided until now, reinventing the intelligent spy action genre with the Damon outings) then you'll find this okay, otherwise, steer clear.