REVIEW: The Place Beyond the Pines 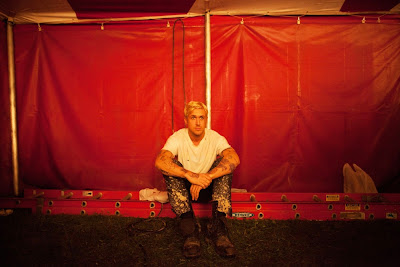 Derek Cianfrance proved his salt with relationship-drama Blue Valentine which chronicled the decline and eventual breakdown of the marriage of a young couple. It was heavy stuff, and earned much praise from critics and festival audiences alike. His newest feature The Place Beyond the Pines is a much grander affair, a sprawling crime story which spans across two generations in Schenectady, American suburbia located amongst the luscious green pines of upstate New York. (Incidentally, the film’s title refers to the Mohawk translation of Schenectady). Like any good crime film, or good film for that matter, Pines has a strong focus on the characters and the subsequent arcs, and the various leads through the film’s three narrative strands give compelling performances, even if a little miscast in places (Bradley Cooper’s son doesn’t seem right, and is extremely annoying). The subtle and nuanced delivery from Gosling is the most convincing, and his silky tone and laid-back charm fit well with Luke’s persona, who remains the charismatic epicentre at the film’s heart.

Starting out by following Gosling’s Luke Glanton, a motorbike stunt-rider and all-round badass, the film sets itself up with Luke’s decision to rob banks to support his son from an ex-lover (Mendes). This decision has a sort-of butterfly effect, the ramifications of which are put under the microscope for Luke’s own family, as well as that of the cop’s who went up against him. Rather than focus on the more obvious implications of robbery, murder, corruption, and abandonment, Cianfrance takes special care to keep the film in ‘human drama’ territory rather than an out-and-out crime tale, looking instead at human legacy, sacrifice, relationships and consequences.
If anything was hindering Pines it’d be the fact that it’s bitten off more than it can chew. Indeed, this should have been a masterpiece, a modern day crime tale devoid of any clichés and standing up against genre conventions, but if feels as though something is lost in the ether – the substance doesn’t quite fill you up. There are so many avenues explored, that it feels as though plug has been pulled and the faucet left running, there is no sense of urgency or tension, playing out like a slow wave before a shallow break. From the offset it felt as though the narratives were headed for a collision course much like Luke – ‘if you ride like lightening, you’re gonna crash like thunder’, but sadly Pines doesn't quite deliver on this promise. The end was too much fizzle, not enough pop.
That aside, Pines is a wonderful film, thoughtful, intelligent and very well-acted, it felt nostalgic when compared with the American crime maestros – Nolan, Scott, Mann, Coens – but begged for comparison with works of modern European directors such a Audiard, Roskam and Refn. Definitely one to watch out for, Cianfrance has upped his game with The Place Beyond the Pines, a crime opus which so nearly hit the sweet spot. 4/5
Posted by The Columnist at 04:02