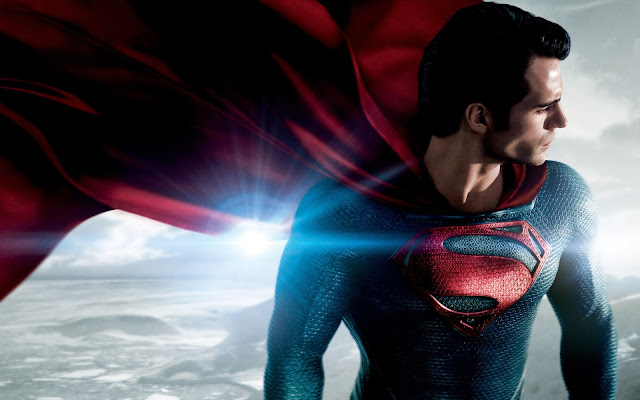 When a young dapper UCL English grad got his hands on DC’s darkest comic hero, little did everyone know that his rendition of Batman would forever change the face of comic-book features, nay, superhero features. Batman Begins, The Dark Knight and The Dark Knight Rises were certainly forces to reckon with; Christopher Nolan did something that no director had managed to do for a long while: make us believe, make us care. Those years belonged to Nolan, to Batman, to DC. With that mega-franchise over, the ground has completely given way to a different breed of superhero – colourful, playful, comical and very cool – the past two years have belonged to a Marvel. After Joss Whedon united the Avengers in New York City, and Disney bought out the comic studio, comic book adaptations have become the most lucrative and successful faucet of the film industry, with entire threads, characters and franchises being planned as strategic action “phases” – much like a dastardly plan from a nefarious villain. Marvel, much like it’s angry green Hulk, is an unstoppable force. Well, it was until Nolan decided to get back in the game.

DC has released its latest comic book film, the reincarnation of Superman in Man of Steel. With Nolan helming the feature as Godfather and Producer, and Zack Snyder taking up directing duties, this is a decidedly more serious and ‘darker’ affair after the bubblegum comedy Marvel’s churned out - more Dark Knight than Avengers. Hardly a surprise given this ship was steered by Nolan, the man who wowed a generation with his TDK trilogy, and Snyder, whose work on 300 and Watchmen show his past dedication to the comic medium. Despite the strong leadership, there's still a tremendous amount of pressure to take on the most famous and iconic of all superheroes - Superman has such scope and breadth that almost anything is possible - and where to go and how to start is a daunting task to say the least, especially when there’s hundreds of millions of dollars, studio bigwigs, and a ravenous fanbase in play.

The film starts on Krypton, where Jor-El, Superman’s/Clark’s/Kal-El’s father, is trying to convince the counsel that the mining of their planet’s resources has made survival and reparation impossible, and their doom is impending. Meanwhile, he and his wife have given birth to the only natural Krypton child in centuries, Kal-El, and when the resentful and malicious General Zod starts killing its inhabitants in a violent coup, Kal-El is rocketed to Earth as ambassador and lone survivor of the Krypton people. This entire opening chapter is beautifully rendered, with Avatar-like flight scenes (there are a few parallels with Cameron's opus - terraforming, human-alien understanding, mining, planetary survival) and some excellent husky dramatics from Russell Crowe – definitely Snyder’s opening, and very cinematic. What plays out afterwards is a more sensitive second chapter, and like with Batman, ol’ Supes gets a ‘spit and bones’ makeover, with a darker suit, bigger frown and heavier burden to carry than the wry reporter of past incarnations. Henry Cavill will certainly have the women swooning with his rippling abs and deep gaze, and his heroic introduction as the man of steel is quite something as he rescues oil workers from a burning rig out at sea. The timeline is chronologically jumpy, much like an early Tarantino picture, and most of Clark’s acts of saviour are shown in flashback as he reminisces about his childhood growing up in Kansas. Not knowing where he came from, or why he has such amazing powers, Clark has become a loner, pondering life and wandering the backdrops of rural America until he finds his purpose. It is here that Nolan’s influences are clear, as we get to walk alongside Clark, step by step, as this lost boy searches and yearns for his parentage, like an adopted orphan. Meanwhile, his powers are constantly being honed and improved, and only when he finds some of the answers he was looking for do we get to see some awesome effects as Clark develops his ability to fly. This is all cut short when General Zod and cronies come to Earth in search of Kal-El and a genetic MacGuffin his father sent him off with. Cue mass disaster, Americans looking skyward, stars and stripes waving in the free US Air (but luckily, no Presidential address!).

Where Man of Steel falls down is in its one-dimensional depiction of human beings – Clark’s parents (Diane Lane and Kevin Costner) are about as good as it gets, although they only really serve as teachers, to show Clark the true values of life, and the adage of turning the other cheek. Amy Adams as Louis Lane was rather average, and the love story between her and Superman is utterly unconvincing, apparently falling in love through one or two vacuous encounters, and by unnecessarily throwing Louis into the action – why exactly does Zod want her captured as well?  Never has Louis and Superman’s relationship been so boring – they would have done better leaving it on the cutting room floor, and giving a bit of extra footage to Clark as a young man – the most intriguing part of the film.  However you look at it, the humans are far inferior to the beings of Krypton, who have Russell Crowe, and the man-of-the-hour Michael Shannon as the big bad, delivering the evil genius of Zod with aplomb - a psychopathic megalomaniac, one great scene shows Superman realise Zod's true intentions: to rebuild Krypton on a foundation of human skulls.

Snyder and Nolan kept steering the film from cliché at the last corner, and opted for some omissions which might anger the fans, but their twists on source material – the S symbol, Krytpon(ite) weakening Superman’s powers – are refreshing and interesting. It’s easy to get caught up with the original inspiration and chastise any deviations, but like Nolan’s Bat-universe, these changes are often necessary for a believable premise, to ground the hero for a modern audience. Snyder has made his most ambitious film yet, and you can’t fault the man’s ability to deliver a pleasing aesthetic – if anything, working alongside Nolan has helped him grow as a director (lest not forget Sucker Punch), and the two men  have done very well modernising the source material, delivering Man of Steel as the epic sci-fi adventure the red-caped crusader deserved to have. [4/5]﻿
Posted by The Columnist at 09:25