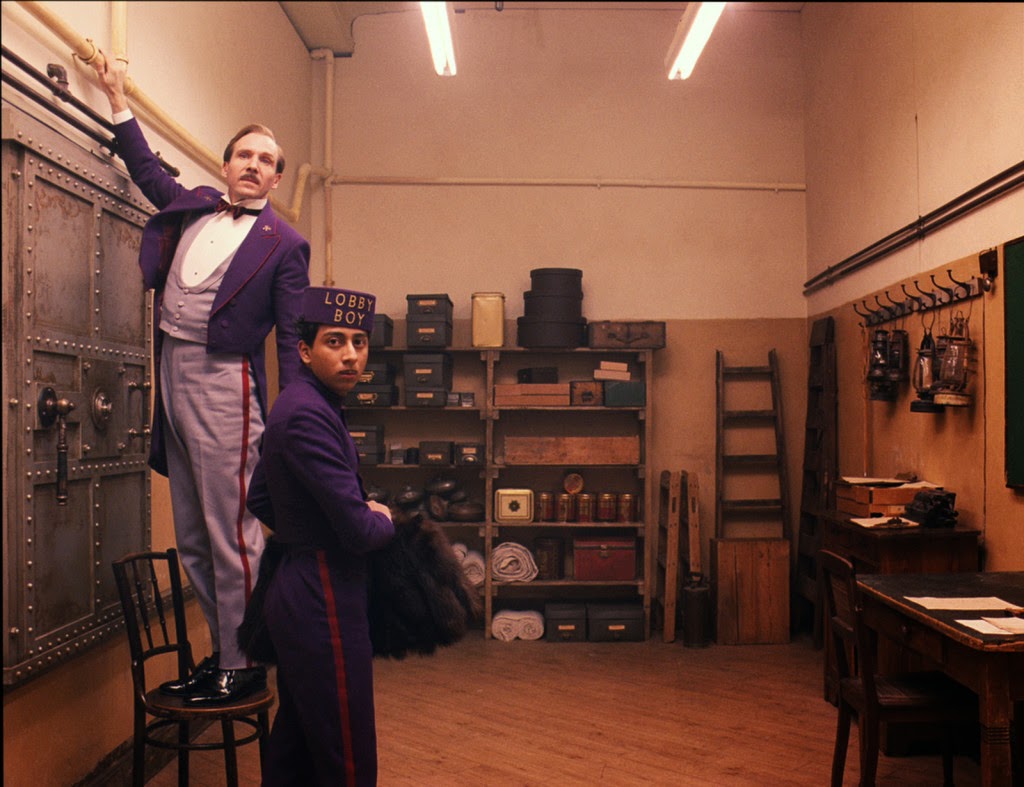 There is no denying that the wacky and wonderful imagination of Wes Anderson is almost tailored for the screen. Such is his eye for perfect aesthetics (whether it be set design, wardrobe, or cinematography), that it’s no wonder that The Grand Budapest Hotel is yet another exercise in how much better his imagination, or ‘eye’, is than yours. His vision came to fruition with the eccentric family saga, The Royal Tenenbaums, which set itself as benchmark for which his future works would be measured against (although Rushmore is indeed one of his best films, it didn’t have the same aesthetics as his later works). His last three features have delivered this brilliant vision so perfectly, with Fantastic Mr Fox (arguably the best animated feature of all time), Moonrise Kingdom and finally, The Grand Budapest Hotel all in tune with Anderson’s trademark design.

Anderson has always demonstrated a penchant for storytelling, with narrators and storytellers featuring in many of his films, and his newest film is actually a story-within a story-within a story-within a story-within a story; five whole layers of narrative once peeled back. It is the unusual story of the jaunty M. Gustave H., played with absolute camp perfection by Ralph Fiennes, the Head Concierge of the titular hotel, as told by his lobby boy and protégé Zero Moustafa. Set in the fictitious European Republic of Zubrowka (which seems like Austria), the film tells the grand tale of not only Gustave H., but also of the eponymous Grand Budapest Hotel and the idiosyncratic and quirky residents and guests which come and go from this fantastic mountain getaway during the course of two Wars (the entire setting and timeline is a parallel to European history in the 30s and 40s).

The brilliant and charming Gustave H. has a proclivity to bedding all his elderly guests, including, but not restricted to, the hotel’s owner, the eccentric and very wealthy octogenarian Madame D. After her passing, it is revealed that Gustave was written into the old lady’s will, and is bequeathed the very expensive painting Boy with Apple, which causes outcry and opposition from Madame D.’s extended family. Whilst the will is attested, and new documents come to light, Gustave and Zero decide to steal the painting and go on the run, and it is this wonderful adventure which runs its course for the remainder of the story.

Wes Anderson has the fantastic ability with actors to draw out the comic from within, which is how he has managed to give us the wonderfully funny performances from actors as far-ranging as Gene Hackman, Edward Norton, Tilda Swinton, Bruce Willis, Harvey Keitel, Willem Defoe and now a welcome new addition, Ralph Fiennes (who is possibly my favourite ever Wes Anderson character) – it’s no wonder so many actors want to work with him, as he shows a side to them never seen before. The Grand Budapest Hotel seems to capture the essence of his entire back-catalogue to create an immaculate cocktail of comedy, drama, indie, crime, adventure and thriller. Like Tarantino, his work is like a pastiche of past classics, but where Tarantino draws specifically from others’ works, Anderson, seems to draw from his own. [5/5]