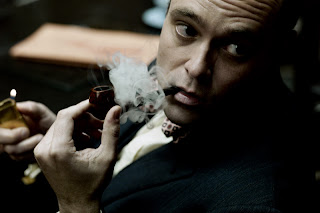 Admittedly, this article is a little late considering we're almost into February 2012, but prior engagements had me tied up all month.
Anyhow, looking over my notes of the films of 2011, I have to say that it was a bit of a corker at the movies.
The year started with a load of big hitters from the Oscars - The King's Speech, Black Swan, True Grit, 127 Hours, The Fighter - and went on with a steady stream of aces introducing a plethora of new characters to film, such as Tintin, Captain America, Thor, The Driver, Kevin and George Smiley. Alongside these we saw the returns of Sherlock and Watson, Ethan Hunt, X-Men, The Wolfpack, Heathcliff and Cathy. Here's some best and worsts.....

1. The Tree of Life
2. Colombiana
3. Real Steel
4. Sucker Punch
5. The Next Three Days
So there it is, and a special mentions should go to a few films that just missed the top 10 cut, namely, Oranges and Sunshine, Black Swan, Sherlock Holmes 2, We Need to Talk About Kevin, Cell 211, Warrior, Hanna, Stakeland, Never Let Me Go, The Way Back and Super 8. Although 2011 perhaps lacked a few better crime films which I so look forward to, it was a superb year for film, and from the looks of 2012, we have even better to come.
Posted by The Columnist at 13:51