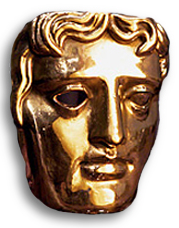 February is upon us, when the Baftas and the Oscars dish out another year's worth of accolades, meaning an end to the constant stream of top-drawer cinema releases - out with the fodder! (Hello Wild Card!). Over the past few months we've seen Mr Turner, Gone Girl, Nightcrawler, The Imitation Game, Interstellar, Whiplash, Foxcatcher, Boyhood, Paddington, Birdman, Wild, The Theory of Everything, Inherent Vice, American Sniper and A Most Violent Year all get a cinematic release; the big hitters slugging it out for awards nominations. The Grand Budapest Hotel is the only other film to receive notable recognition outside of this pre/post Christmas cinematic feast.
For sheer tenacity and dedication, Richard Linklater surely deserves some recognition for the twelve years he spent making Boyhood, whilst Alejandor G. Inarritu is also a strong contender with his radical direction of Birdman - a single shot which seamlessly flows between scenes for almost the entire running time of the film. Birdman and Boyhood are both strong entries, as are all their competitors.

It's very hard to predict which way the voters will go; American Sniper has likely made itself redundant from the race due to the bad press coverage it has garnered as a result of its graphic depictions of anti-muslim violence, otherwise it'd be a sure shoe-in for the Oscar - remember the awards for The Hurt Locker and Zero Dark Thirty. It's a real shame not to see Gone Girl and Nightcrawler gain more nods in some of the main categories, whilst it's a disgrace that The Lego Movie didn't get a Best Animated nod from Oscar, and Phil Lord and Chris Miller deserve to be in the Director category.

And the burning question: where the hell is Timothy Spall, Mike Leigh and Mr Turner? An outstanding film with world-class performances from all involved, it's lack of recognition feels almost insulting, so glaring is its omission. Bafta is however awarding Mike Leigh with a fellowship this year, which seems bizarre given Mr Turner is one of his best films, and arguably the finest Leigh-Spall collaboration yet.

If this writer had his way, Leigh, Spall and Mr Turner would be up for the top awards, along with Fincher and Gone Girl (the perfect adaptation!), The Lego Movie for everything that is awesome, Oscar Isaac for his chilling portrayal in A Most Violent Year, and Lenny Abrahamson's much-loved off-the-wall musical drama, Frank. But alas, I do not get to cast the nominations, so looking at what is generally considered to be the eight main categories, here are the nominations, and some unfounded guessing as to which nominations will take away the awards...

OSCARS: American Sniper, Birdman, Boyhood, The Grand Budapest Hotel, The Imitation Game, Selma, The Theory of Everything, Whiplash
will win...Birdman
should win...Whiplash