We Can Remember It For You Wholesale 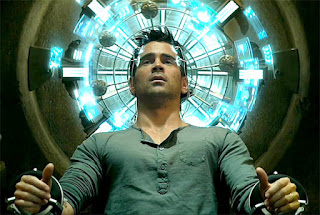 Philip K. Dick's short story We Can Sell It For You Wholesale is the origins story for both adaptations of Total Recall. The story sees Douglas Quail, a regular guy who has become bored with his existence, start to long to visit the colony on Mars. Unable to afford the trip for real he goes Rekal Inc. - a company that implants memories, known as extra-factual memory, into the subject to give them the belief they have visited somewhere/done something/been someone etc. In an attempt to implant memories of Quail as a secret agent - an exciting prospect he likes the sound of, it becomes clear that Quail actually is an undercover government agent, who has possibly already been 'rekalled' into believing he isn't. Before he knows it, nefarious characters and Interplan agents are on the hunt to kill Quaid before he learns too much, but being a trained killer, he manages to elude or kill his potential captors. However, a bug inside his head is being used to read his thoughts and track him, and with nowhere to turn, he surrenders to Interplan and decides to get new memories in which the memory of his real Mars mission as an undercover agent is replaced by a false memory of his deepest desire - that as a boy, he saved the world from a Martian invasion, and his continued survival will prevent any such invasion occuring again. However, just as these new memory implants are put in place, it is revealed that this also was a true event from Quaid's past. 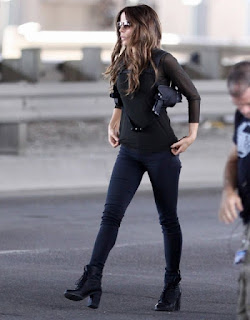 Philip K. Dick has written so many awesome sci-fi stories, and We Can Remember.... is only one from a repetoire of excellent works, including Do Androids Dream of Electric Sheep?, Minority Report, A Scanner Darkly, Adjustment Team, The Man in the High Castle and The Golden Man.
Paul Verhoeven's version of Total Recall is a nineties classic, embodying all the craziness of the original story and the era it was filmed. Like the book, the story included Mars and martians, two features which have been removed from Len Wiseman's Total Recall 2012. Like The Terminator, The Running Man and Alien, the original film is a cherished classic and there's been more than a dummy or two ejected from the mouths of geeks the world over at the news of an updated version. 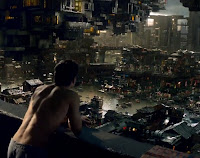 Although a sceptic in most cases, I have to say that I am really looking forward to this 2012 update, and from the footage so far, it looks like Wiseman has certainly captured an amazing vision of a future world - with New Shanghai and Euroamerica looking absolutely stunning - in fact, possibly the best dystopian backdrop since Blade Runner. With flying cars (which look like DeLoreans), hot ladies in the form of Kate Beckinsale and Jessica Biel, Bourne-like action sequences, epic backdrops and Bryan Cranston, hopefully we'll be in for a real treat here.
Below is the poster fand trailer or the new Total Recall, which has a definite similarity with Source Code - another film with a mind-boggling implant concept. Hopefully, Total Recall 2012 will be a tonal mish-mash of Source Code, Inception and Blade Runner. I guess we'll see come August! 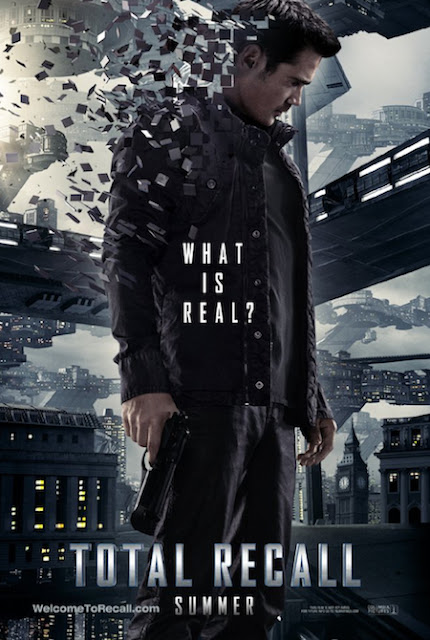