Check out these posters for Spike Lee's reimagining of Oldboy - a manga comic book made famous by Park Chan-Wook's fantastic rendition. Only the first poster has been used for official launch, (with the second as a teaser poster) and it's not as dark or bloody as the four they chose not to use (no doubt some ASA issues would apply to a couple) which were designed by Juan Luis Garcia. The bottom design even seems to show Brolin with a knife in his back - a result of the corridor fight scene in the original movie.
The official poster is apparently a 'still' from the film, and its image of a slick black-clad Brolin escaping the confines of a trunk in a field is certainly intriguing. Oh, and there's the girl with a yellow umbrella - Olsen no doubt - who looks like she's about to meet the dark stranger for the first time.

There's a lot of scepticism and rolled eyes over the remake, but from the posters below, Spike Lee has my attention for one. 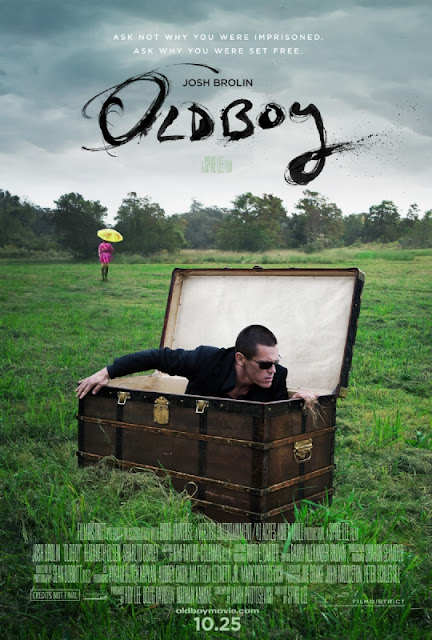 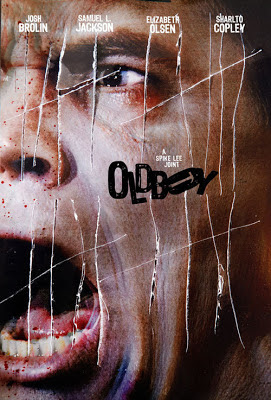 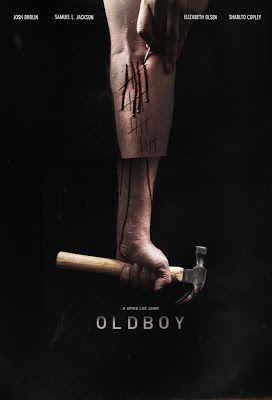 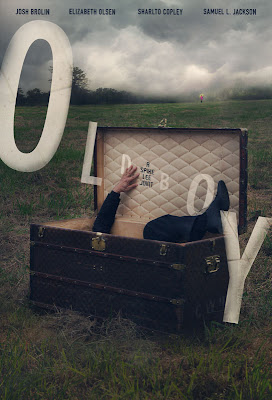 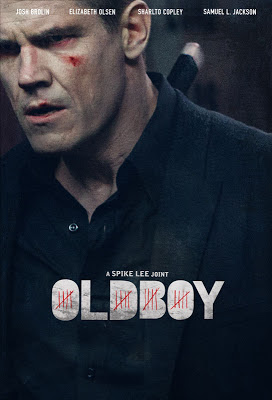