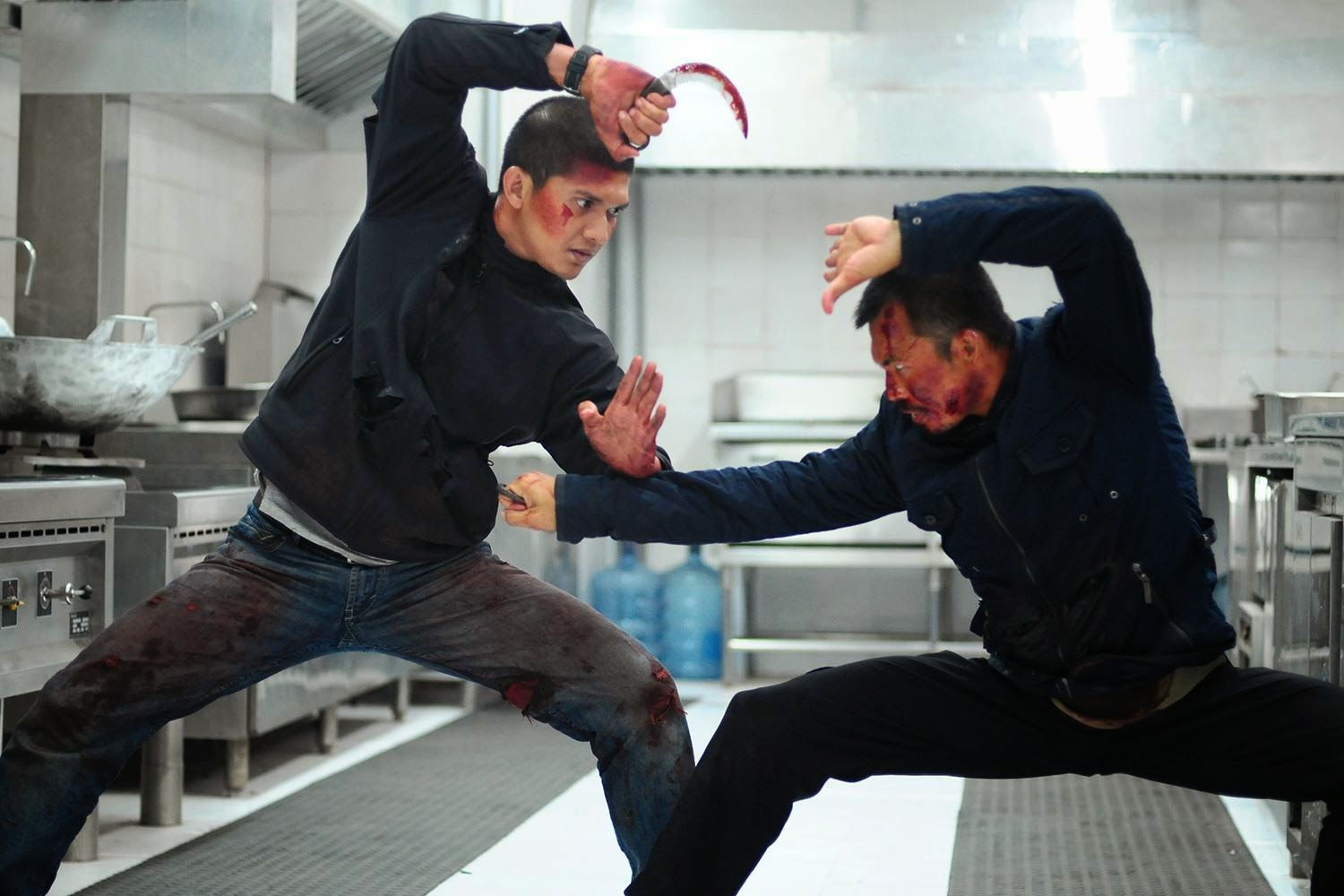 Gareth Evans is a determined man – the Welshman was so fascinated by the Indonesian martial art ‘pencak silat’ after being hired to make a documentary about the martial art, he decided to return to the Far Eastern islands to make his feature debut, The Raid, with an Indonesian cast, Jakarta tower-block setting, and local pre and post production facilities (- unsurprisingly, he’s now based out there). The result: arguably one of the most adrenalin-packed mind-bending action extravaganzas of the last decade, and a new talent in the point-sized shaped of Iko Uwais, the new and improved Tony Jaa.

The Raid 2 picks up directly where the last left off, and sees Rama recruited into a small and secretive anti-corruption team, where he is tasked with infiltrating the local Bangun gang, in order to provide intel and dismantle the organisation, and the rival Goto gang, from within this violent system. After a stint in prison, and proving himself a formidable fighter to the Bangun boss’ son, Rama (now called Yuda) begins his ascent into the world of organised crime.
Like the first Raid film, the sequel sees some fantastic fight sequences and set pieces, and also introduces a plethora of nefarious types, including Hammer Girl, Baseball Bat Man, and the Assassin, who provide even more violent and bloody action than the predecessor, on top of the usual criminal fight fodder. The Raid 2 is a brilliant action film, and although it’s not as tight or neat as the first, it’s a sprawling and creative crime saga, putting Jakarta firmly on the action movie map – this is the Jakarta’s best counter-offering to John Woo’s Hong Kong actions. [4/5]
Posted by The Columnist at 03:26