Casting 'I Am Pilgrim'

Terry Hayes' epic espionage thriller, I Am Pilgrim, is one of the best thrillers I've ever read, a real gritty page-turner with a sweeping backstory and a superbly time-urgent plot, my nails were chewed to the finger tips by half-way through. I won't go into any detail about the story, at risk of revealing any spoilers, but I can only recommend you read it (NOW!), and I'd be immensely shocked if you were disappointed.
At around 900 pages, it's one of those books that really swallows up your time (gladly), and lets you run away with your thoughts as to how the characters look, behave, dress etc. Given Hayes' past writing movies for Hollywood (Mad Max, Payback, Dead Calm etc), it will come as no surprise if they decide to make the film - no doubt some producer is rubbing his hands together thinking of the mega-bucks he could reap. It would be more fascinating as a mini-series, maybe a four or six parter, but I can't see that happening - it'd be too perfect.
Many people have asked the author who he'd have as Pilgrim (Scott Murdoch), and he put forth Brad Pitt and Daniel Day-Lewis as his preferred choices for the lead - which I must say, I don't see at all (especially not the latter). they're both too old, and too famous - the preconceptions of the character would be rife.
Anyhow, it got me thinking about an adaptation, and although I procrastinated over a few of the cast, (changing my mind back and forth between actors), I've tried to line up character, age, and capability to find the best fit to portray many of these rich creations, and below is the cast I've come up with for the novel's principle leads: 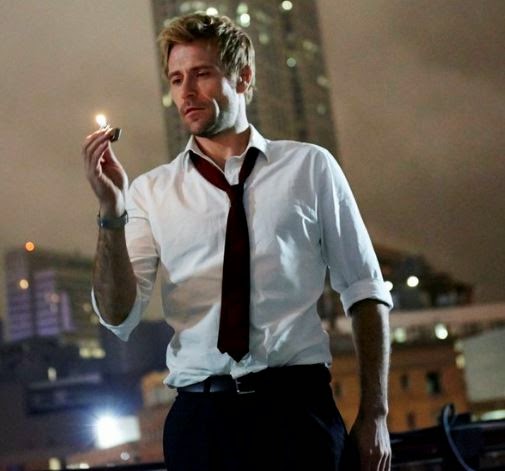 Relatively unknown, Matt Ryan is a British actor who is pretty cool, pretty sharp, and I think has the right look for Scott. He's a classicly trained actor, having been in the Royal Shakespeare company, and has recently taken on the lead as Constantine in the new TV series. As Pilgrim, he can carry the emotion behind the eyes, as well as having a ruthless edge, which is essential for a character as rich as his. 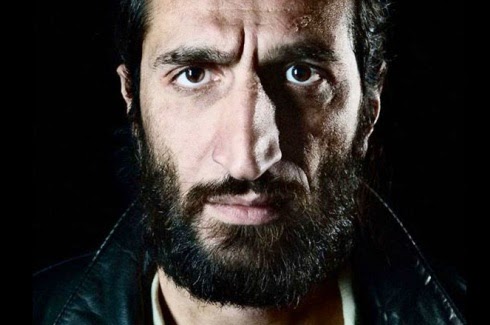 The Saracen is perhaps the hardest to cast, given his amazingly complicated backstory, so someone with the gravitas and distinctive features was needed. Fares Fares has the depth and tough exterior to pull it off, and his range of experience has shown he can be a tough guy as well as a gentle soul. He can convince as a Mujihadeen, and an experienced doctor. 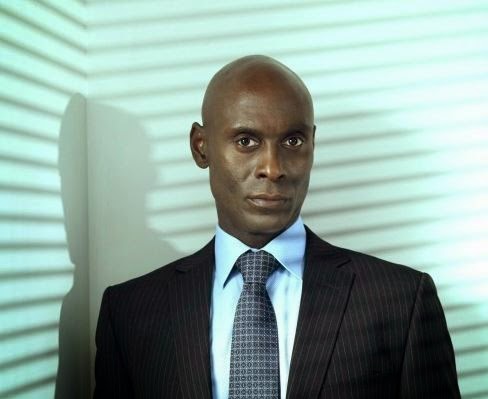 There was no way I was going to choose anyone else. Lance is Ben. His acting skills used as Lt. Daniels in The Wire was enough to convince me, and Reddick has that deep silky voice which simultaneously commands and calms. He comes across as a natural leader, and his square-shouldered physique ties in with his heroic past in the NYPD. There just isn't any competition for him as Ben. 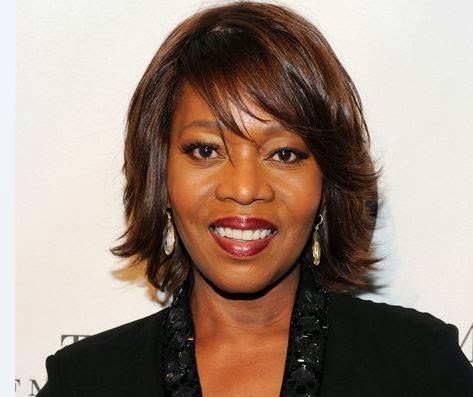 Like Lance, Alfre was an easy fit for Grac, his loyal, tough and compassionate wife. She can convey protective and dramatic, as shown by her turns in Desperate Housewives  and 12 YEars a Slave, and does it so effortlessly. She's very natural; and playing Marcie is a no-brainer. 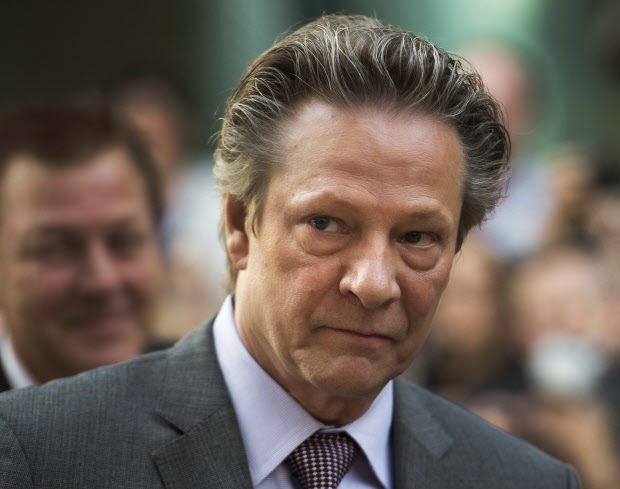 I found Whispering Death the hardest to cast, as there are a lot of candidates who could work (Billy Bob Thornton, Keith Carradine), but Cooper has the range and talent to deliver the goods. He can be creepy and tough when he wants to be, but can also embody the experienced old hand, which is need for the Director of National Intelligence. He's someone who Pilgrim can look up to, and Cooper always holds his own on screen. 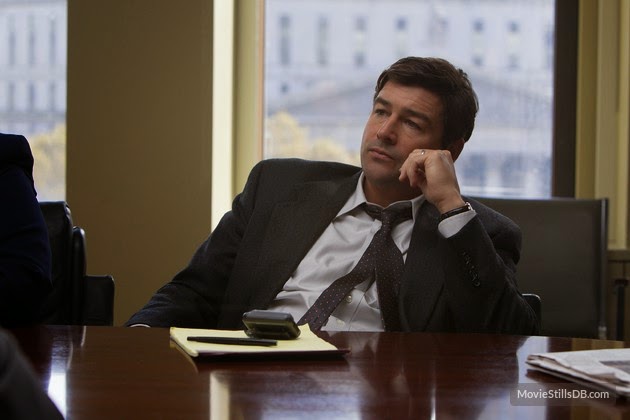 The biggest objection with this casting would be that he was perhaps too young and good-looking, which can sometimes detract from gravitas, but Chandler has the chops and gravitas to pull it off. The President is described as being well-built and tall and always holds his own with the sharpest minds in the room, which Chandler can carry off easily. 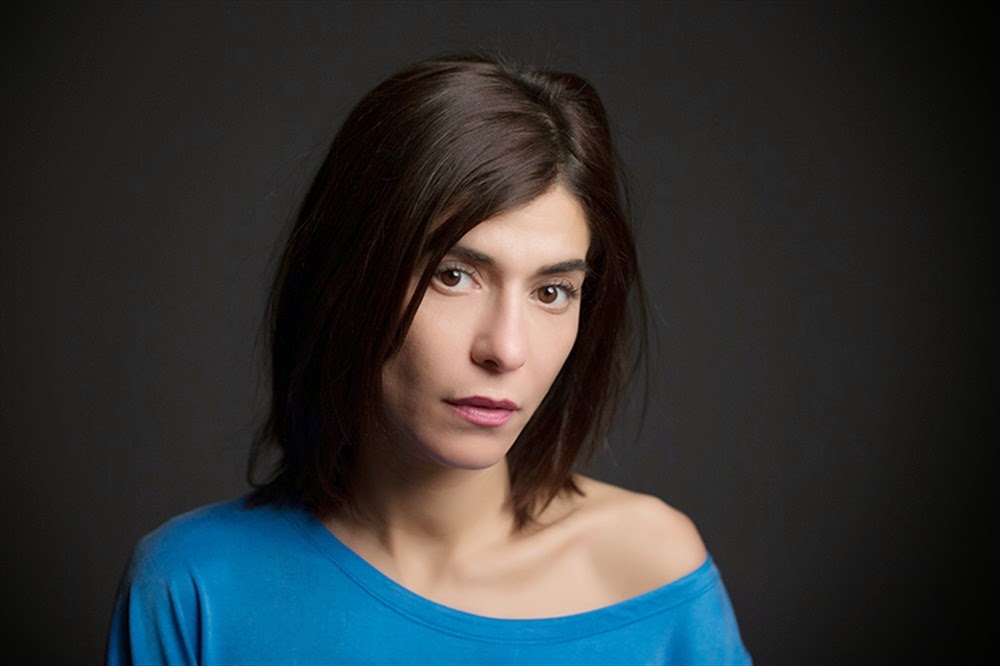 Not a household name quite yet, but watch this space. Lubna is a brilliant actor, displaying a huge range of emotion and drama, and has a fiesty streak, exactly what's needed for Leyla. Watch her in Incendies and I'm sure you'll agree. 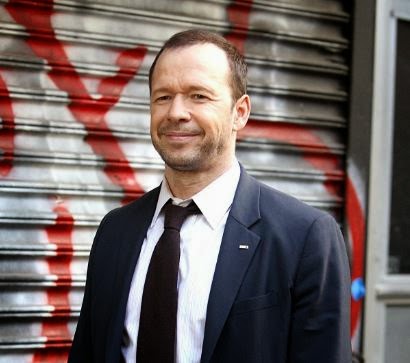 I envisaged Bill as having a working class quality despite his vast wealth. He always comes across humble and modest, and Donnie has that fatherly quality which Bill has. He's also got a kind face, and deep eyes, easily capable of displaying the heart of Bill, and the hurt he feels by Scott's occasional rejection, and the sight of the concentration camps. 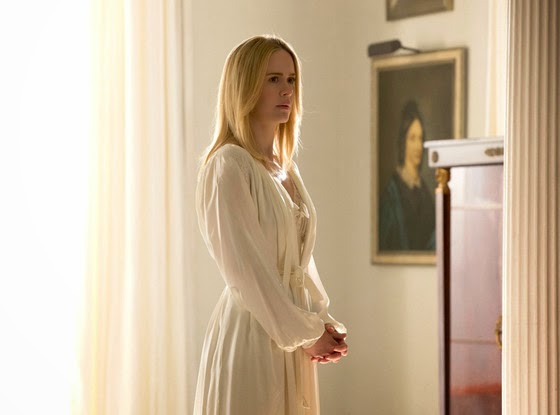 Striking, cold, neglectful, and rich. Sarah Paulson would be the perfect fit for Scott's cold adoptive mother, and she's a great actor to hold her own with all the talent on show. 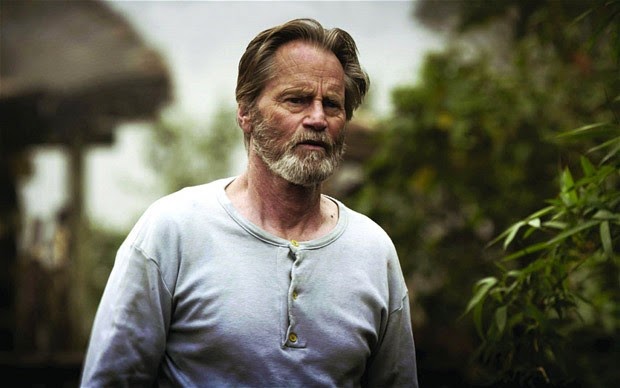 Dr. Sydney - Sam Shepard
The grizzled and drunkard doctor living in solitary conditions has to have a smart and authoritative presence, which Sam Shepard most certainly has. He's the inteligent man's man, and plus, Sam Shepard makes every film better, which is an extra plus point. Easy picking.

So, that's the bulk of the main cast, and looking back over it, I'm pretty happy with the choices, and of course wouldn't feel let down at all with any of these. I changed Grace from Gillian Anderson to Sarah Paulson at the last moment, and probably had about ten actors in the running for Whispering Death (even Ed Harris could be a great shout), but I'll stick with the above.
Posted by The Columnist at 06:22