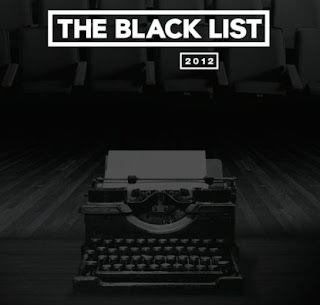 This year's Black List, which compiles the industry's leading film scripts, ﻿has been released today with a flurry of biopics penned. As a wannabe scriptwriter (I wrote a Manchester-set revenge screenplay earlier this year) I always find the loglines fascinating, and it's helpful to see what direction Hollywood is steering. Started in 2005 by producer Franklin Leonard, the Black List came about because the budding producer struggled to decide what screenplays were going to be a hit, so by emailing his associates and acquaintances in the industry, he asked they vote their favourite screenplays that year. The only requirement, they can't have started principal photography when the list is compiled. Lo and behold, the idea snowballed and now the Black List is very much a sign of things to come, with scripts such as Juno, Slumdog Millionaire, The King's Speech, The Social Network, There Will be Blood, Looper and Django Unchained all having featured on the list. There are now about 300 producers actively voting each year (of 500 who receive the polling request), and a few brilliant writers have found themselves on the List on more than one occasion, such as Chad St. John (The Days Before, Motor City) and Brad Ingelsby (The Low Dweller, Hold Onto Me, All-Nighter), who have both scored six to seven figure deals for their works. You will see Ingelsby on the 2012 Black List twice.
As aforementioned, this year's compilation is dominated with biopics (nine in total), with Seuss (Ted Geisel, writer of The Cat in the Hat), Rodham ( Hilary Clinton), If They Move...Kill 'Em! (Sam Peckinpah), The Ballad of Pablo Escobar (following the drug baron's final years), Hey, Stella! (Marlon Brando), McCarthy (Senator Joseph McCarthy), Titans of Park Row (William Randolph Hearst and Joseph Pulitzer), The Paper Man (Matthias Sindelar, Austria's Sportsmen of the Century who was killed by Nazis) and The Lighthouse (William Van Alen, architect of the Chrysler building)
We also have the usual hitman entries, not to mention secret agents, alien invasions, time travel and teenage rom-coms. Unsurprisingly, after the success of 50/50 and TV series The Big C, there are some entries about dealing with cancer as well. However, the top prize goes to Rajiv Joseph and Scott Rothman for Draft Day (65 votes) which has the following logline:


"On the day of the NFL Draft, Bills General Manager Sonny Weaver has the opportunity to save football in Buffalo when he trades for the number one pick. He must quickly decide what he’s willing to sacrifice in pursuit of perfection as the lines between his personal and professional life become blurred."
Considering last year's sleeper hit that was Moneyball based on a sharp script from so-hot-right-now scribes Steve Zaillian and Aaron Sorkin, it's not come as a huge shock that Hollywood would want another smart sports movie (Moneyball made $110m off a $50m budget).
Anyway, head over here for the full list The Black List 2012