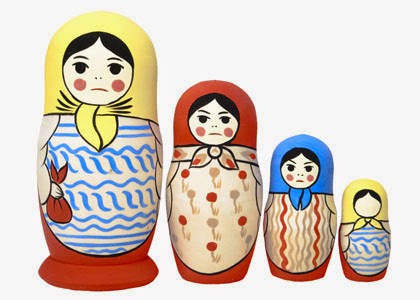 To mark Phillip Seymour Hoffman's superb performance as spymaster Gunther Bachmann in A Most Wanted Man, below is a list of the Top Twenty Screen Spies of All Time.


Taking into account character, attitude, quotes, ability, intelligence, style, and disposition, the list seems complete, with some characters famous the world-over, and others quiet but relevant footnotes in the annals of screen spydom, either way, they all get the job done - some with brains (Smiley), some with brawn (Bond), some with both (Bourne).

Lover, fighter, drinker, British secret agent. The most iconic and loved spy of all time has taken down some of the most nefarious villains ever, and what more, is a dapper hand at cards, and can wear the hell out of a suit; men want to be him, women want to bed him.

George Smiley - (Rupert Davies, Alec Guinness, Gary Oldman) The Spy Who Came in from the Cold, Tinker Tailor Soldier Spy (BBC & film), Smiley's People (BBC)
Smiley is the cold war spymaster responsible for numerous collars in the shady world of intelligence. He is the dab hand responsible for outsmarting Russian uber-spy Karla in a chess-game of espionage. Described as possessing 'the cunning of Satan, and conscience of a virgin.'

Jason Bourne - (Matt Damon) The Bourne Identity, The Bourne Supremacy, The Bourne Ultimatum
Amnesiac super-agent, capable of killing you with a biro, magazine or tea towel. He's the perfect combination of brain and brawn, and the most deadly man on the list, outwitting and outfighting any agent that gets sent his way.

Carrie Mathison - (Claire Danes) Homeland
Obsessive, ridiculously smart and extremely determined, Carrie is not someone whose cross-hairs you want to enter.

Gerd Wiesler - (Ulrich Muhe) The Lives of Others
This quiet reflective Stasi operative is ruthless first and foremost, unless you can get to his heart. He reads your mail, and hears you calls.

Avner Kaufman - (Eric Bana) Munich
Educated, rugged and adaptable, Avner is tasked by the premier of Israel to lead a revenge squad. Don't confront him if you're Palestinian.

Gunther Bachmann - (Phillip Seymour Hoffman) A Most Wanted Man
Like Smiley, a spymaster who understands the long chess game of intelligence-gathering, and never rushed to conclude a scenario. Trusted and respected by his team, and an unlikely tough guy to boot.

Alec Leamas - (Richard Burton) The Spy Who Came in from the Cold
The tough old codger who has known the 'cold' days of a pariah spy. Adaptable and ponderous with a gentle side, he's from the same old-school as Smiley.

Sir Hugh Hayden-Hoyle - (Stephen Rea) The Honourable Woman
Slow-paced and softly spoken, this MI6 spy has a knack of joining the dots, and once he's caught a whiff be sure to lose your scent.

Harry Palmer - (Michael Caine) Funeral in Berlin, The Ipcress File
Cool, calm, collected, and very stylish. This Burnley boy is the working man's Bond, and a very shrewd player amongst the shadows and allies of this uderworld.

Johnny Worricker - (Bill Nighy) Page Eight, Turks & Caicos, Salting the Battlefield
He's an old hand who's too smooth and smart to ever get involved in the rough and tumble of spydom - but that doesn't stop him getting his hands dirty, even if it means taking down the Prime Minister.

Bob Barnes - (George Clooney) Syriana
A tough old agent, jaded and bearded after a lifetime of distress and cynicism. He's world-weary, but never loses his ability to decipher a plot.

Erik Heller - (Eric Bana) Hanna
Dark, handsome, tough and capable, Erik lives in the snowy wilderness where he trains his young daughter to kill and fend for herself. He's evaded capture from numerous agencies, and displays a wide knowlegde of survival and counterintelligence.

Jack Bauer - (Keifer Sutherland) 24
He's badass, he doesn't play by the book, he's saved mankind many times over, and he never needs to piss or charge his phone; he's Jack Bauer, one man army.

Sir Harry Pearce - (Peter Firth) Spooks
The well-thought-of head of counter-intelligence in MI5, Harry has always been the stalwart headmaster to his team of beautiful and capable spies.

Carl - (Ciaran Hinds) Munich
A 'grey man' who can move quietly and efficiently to clean up any evidence which may put Avner and the team in harm's way. An essential role in their super-secret squad.

Bryan Mills - (Liam Neeson) Taken, Taken 2
He has skills, lots of skills, from a long career. Don't mess with him, or his family, or he will find you, and he will kill you.

Tom Quinn - (Matthew McFadyen) Spooks
Chief of Section at MI5, this broading hulk of smarts is the full package, delivering both intelligent analysis and assessment, as well as a bulky physique to flatten a foe.

Ruth Evershed - (Nicola Walker) Spooks
Would even give George Siley a run for his money on an IQ test, Ruth is the ultimate brainiac spy, able to apply a lifetime of absorbing information to any task at hand, and an imperative analyst in tackling any terrorist plot.

Jim Prideaux - (Ian Bannen, Mark Strong) Tinker Tailor Soldier Spy (BBC & film)
Head of the Scalphunters, Brixton's nefarious MI6 'black-ops' crew, and a trusted and loyal agent for Control and Smiley, Prideaux is a gangly figure of betrayal and loss, with a head brimming with fight technique, countersurveillance, and tradecraft.