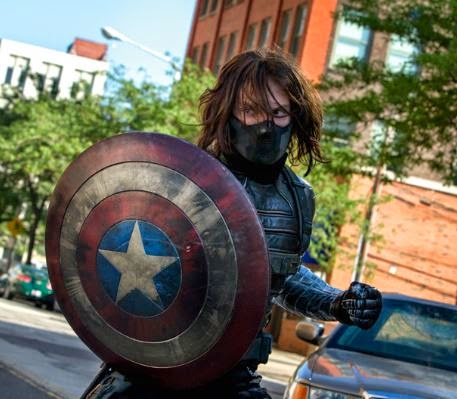 Firstly, I feel the need to point out, that after some sub-par efforts (Thor 2!) MARVEL has finally pulled it out the bag, and Captain America 2: The Winter Soldier is the best sequel to date – even better than Iron Man 2, X-Men 2, Spiderman 2, and of course, Thor 2. For the first time in the standalone films, this felt like an adventure to match the behemoth that was Avengers Assemble. Of course, it wasn’t really a standalone MARVEL hero this time round, as Steve Rogers was joined in combat by Black Widow and new addition, Anthony Mackie as Falcon, but still, it surpassed my expectations with aplomb.

The original Captain America was an accomplished setup for the first avenger, and Steve Rogers’ arc from a demure, slight, honourable soldier-wannabe, to a heroic, muscular, combat leader, was a pleasure to follow, and he was always remain the vigilant heart of the Avengers super-team. This sequel follows on after the events of Avengers Assemble, and old Cap is living a quiet but content life in Washington D.C., still reporting to Nick Fury and S.H.I.E.L.D. However, the arrival of the formidable Winter Soldier puts S.H.I.E.L.D. and its agents under threat once again, and Captain America is forced into hiding in order to uncover a far bigger plot from an old and familiar enemy, but his efforts are undone when it turns out the main villain is an old-acquaintance of Cap’s, someone he may have a problem with fighting to the death.

As ever with the MARVEL productions, the scale and scope of the picture is brilliant, with some gigantic set pieces, superb fight choreography and sharp, witty dialogue. There are a lot of twists and turns, and some startling revelations, none of which are too predictable, along with the usual solid contributions from the likes of Samuel L Jackson and Scarlett Johansson, as well as MARVE newcomer Anthony Mackie. It’s a big, fun, popcorn blockbuster which delivers on pretty much every level . [4/5]
Posted by The Columnist at 03:23