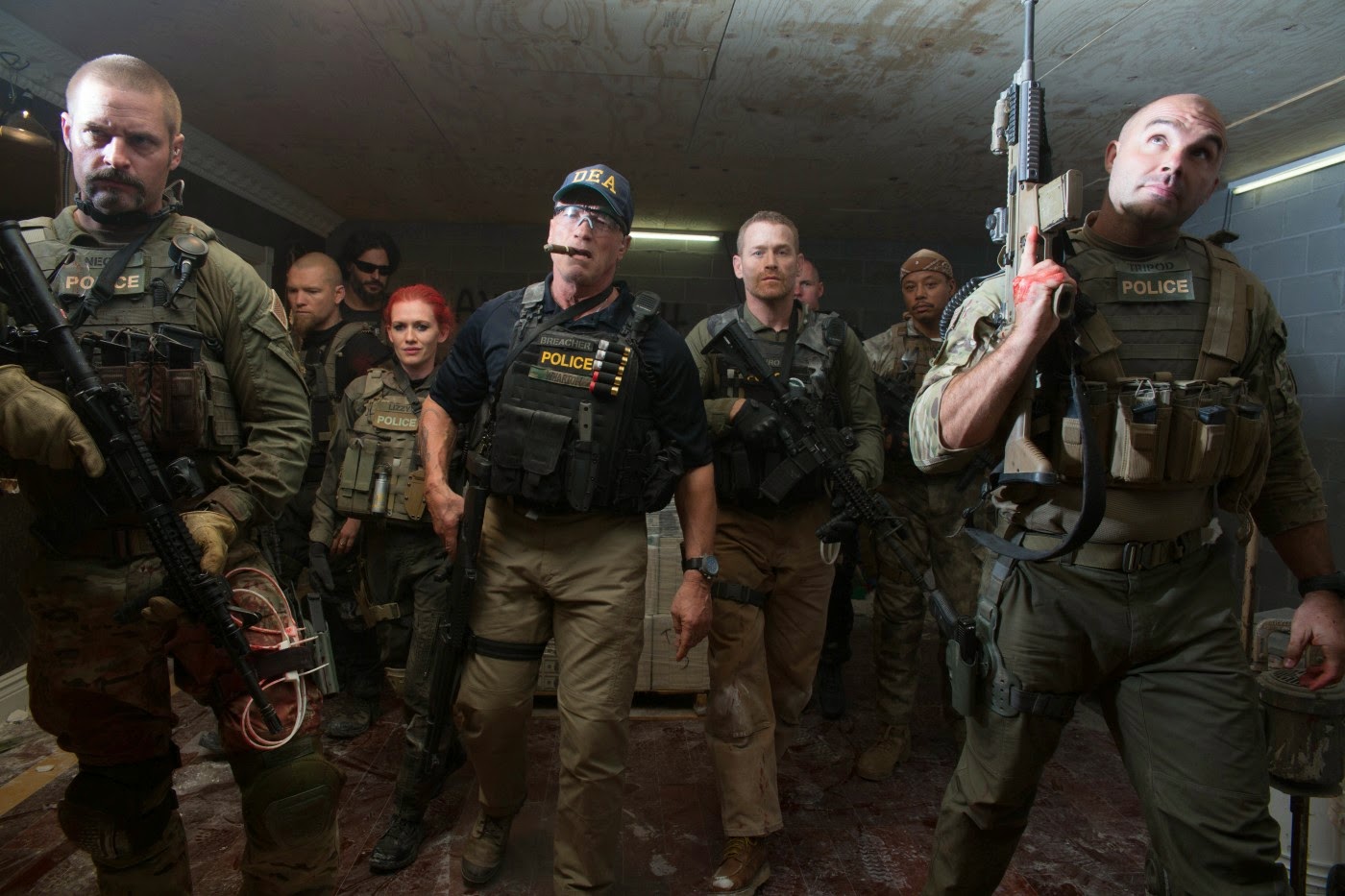 There really isn’t much to say about Sabotage, other than I’m a little devastated I actually thought it would be good enough to warrant a space on my TOP 25 most anticipated films of 2014. Suffice to say, it’s a pretty bad film, not just bad for an Arnie film, but just bad bad. I’ll forgive the Austrian Oak most things, after all, I don’t go to see Arnie deliver Shakespearean monologues and emotional turmoil , I go to see a big muscly bastard shoot big guns at baddies and hopefully drop a one-liner or two (‘I had to let him go’).  David Ayer did so well to build a gritty name for himself with two features, Training Day (writer) and End of Watch (director), but his good work has clearly dried up with the release of Sabotage (let's hope Fury delivers!).


The premise is suitably predictable – a crack team of DEA operatives hide a haul of cash from a drug cartel during a raid, but when they go to collect it later, it’s gone missing. Suspicious of each other, and with internal investigations keeping a close eye, the team start getting brutally killed one by one, until the most lazy and unsatisfying revelation of the killer(s) at the end. The team are made up of a load of caricatures, with incredulous fashion sense and extremely stupid names (Breacher, Monster, Pyro, Grinder, Neck, Sugar, Tripod, Smoke) more reminiscent of some after-school kids’ show than a 18-rated dirty cop movie. It felt like Skip Woods’ script had tried a serious take on The Expendables (some scenes are lifted directly from that franchise), but it failed so miserably at hitting the mark because of  how serious it takes itself – Ayer has always kept his films on the solemn side of the spectrum. To add fuel to the fire, Arnie has proven that he can not act anymore – The Last Stand, Escape Plan and now Sabotage are all evidence of this, as he has lost that chutzpah and charisma which made him so novel in the past. However, his performance is no worse than the thunderbirds around him, only Mireille Enos displays any kind of depth of character to her role, it’s just a shame that her character Lizzy is one of the most annoying to grace the screen in recent years.


The one saving grace is the fact that I do love a dirty cop film, no matter how it plays out, but that factor alone is not enough to warrant any praise or even a doff of the cap. Sabotage was a big, bloody mess of laughable dialogue, bad acting and hopeless plot; before watching, be sure to suspend disbelief to the highest degree. [2/5]